Video Storm in the news

Video Storm has released an updated to your IRUSB device firmware which eliminates the occasional need to manually restart your IRUSB app.
After you have installed the new firmware, your IRUSB will now automatically reconnect after any device OS updates and soft boots.
Please see setup instructions for more details.

SplashTiles Cloud is now the most affordable digital signage and IP camera display solution available.  For only $75 per year, you get a complete solution for up to 5 Android devices (Sony & Toshiba TVs, nVidia Shield, Amazon Fire stick, etc).  Complete integration with Control4, RTI, IFTTT, and many more.  Easy to use built in scripting and scheduling.  For more information, see splash-tiles.com.

Wouldn’t it be great if you could PIP your security cameras or a ball game directly over Netflix?
You asked for it. NetPlay delivers!  NetPlay TV release 2.0 improves our existing PIP feature to become UNIVERSAL PIP. You can now PIP any of your sources over anything else, including any of the Android apps on your devices! Simply use the same commands you use for NetPlay PIP today. NetPlay TV will intelligently display your popup video in the most appropriate manner.

Video Storm is celebrating our 15 th anniversary in the audio video electronics hardware business in conjunction with the release of our 4K video distribution solution. We would like to thank each of you for working with us throughout the years. We look forward to working with everyone in the years to come.
We are excited to release our new and cost effective 4K NetPlay Pro solution! NetPlay Pro now has the ability to distribute ultra high quality H.264 and H.265 4K live protected HDMI video content across your standard Ethernet network via Cat5, Cat6, or MOCA. Video Storm Netplay Pro is the ultimate solution for your commercial installations, with an unmatched feature set including SplashTiles, video wall, signage, PIP, overlay, and tiling. As always, our new 4K products are backwards compatible with existing NetPlay products, so you can mix and match as needed.

With a combination of tech savvy consumers and technological advances in hardware and software, DIY video products have been gaining traction in the recent years and have huge growth potential.  It has been a popular focal point at venues like CEDIA and CES.  ...read more...

Video Storm uses the innovative BYOH (Bring Your Own Hardware) concept to enable consumers to use the latest low cost third party Android streaming media players, such as Android TV, Amazon FireTV, and Sony TVs with built in Android OS, network drives and IP cameras, and third party encoders for HDMI sources. Each sink is integrated into NetPlay Home through their newly introduced NetPlay TV app. This distribution system makes it easy to swap out hardware for upgrades or new configurations.  ...read more...

Video Storm is your solution in the commercial space for restaurant and sports bar installs. Video Storm NetPlay offers flexibility and scalability along with a plethora of exciting features. Digital signage, video wall and video tiling are the most popular for sports bar venues and are included for free in every NetPlay Video system.  ...read more...

Addressing the evolving video market, the manufacturer Video Storm has made two announcements. The company has released its new mobile streaming feature for NetPlay Video, which allows users to stream video sources to tablets and phones to support the ability to view content from non-traditional locations. According to Video Storm, homeowners can watch their HDMI-based digital content from anywhere within the footprint of their wireless network.   ...read more... 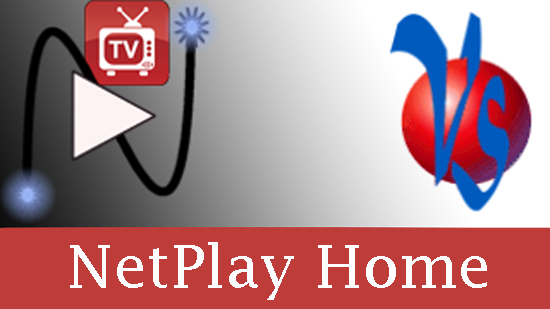